Clinomic recently participated in a conference held at the Spitalul Clinic de Boli Infecțioase Cluj-Napoca. This conference was viewed by numerous representatives of Romanian hospitals in Bucarest, Târgu Mureș, Cluj-Napoca who were interested to learn how Mona is interacting with the Hospital Information Management system (HIS). The integration of the HIS is a significant milestone for Clinomic and it was fantastic to share this amongst other professionals within the hospital sector.

On this day, Clinomic presented Mona to these visitors and demonstrated its ground-breaking features. This included the ability of Mona to connect Romanian hospitals with specialists from other hospitals via telemedicine and the capacity of the smart assistant device to assist doctors and nurses with challenging tasks that arise in the ICU.

To reveal the telemedicine capabilities of Mona, the hospitals conducted 2 live telemedicine calls to Municipal Clinical Hospital Cluj-Napoca and the Clinical Emergency County Hospital Târgu Mureș. This was a fantastic opportunity to highlight the significant importance of gaining a second opinion for the medical treatment of patients.

Like Clinomic, the Spitalul Clinic de Boli Infecțioase Cluj-Napoca is also a partner in the EU-project ICU4COVID. As a result, The Infectious Diseases Hospital in Cluj has successfully implemented the first telemedicine system in the speciality of anaesthesia and intensive care in Romania. This is an exciting step forward for the hospital which we are proud to be a part of!

Recently, an article in ZIUA CLUJ written by Sergiu Vlăgea discussed the abilities of Mona as a “state of the art device”. This article highlighted the ability of specialists from Cluj to now offer and receive consultancy as a result of Mona. Currently, with over 40 hospitals in 8 countries utilising the smart assistant, more than 150,000 patients have benefited from the capabilities of Mona as a digital care system that is available 24/7. This is a tremendous achievement in a short period of time which we are confident will continue to grow and develop exponentially.

It was fantastic to be a part of this conference and have the opportunity to present Mona. As well as this, we were thrilled to hear of the immensely positive feedback on our device and its revolutionary impact for so many hospitals, patients, and medical professionals in Europe! 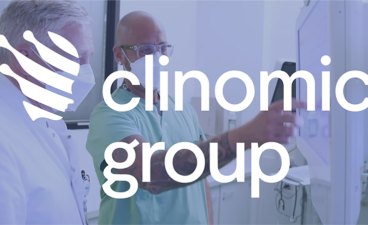 Annual report 2022: A view of our exciting year at Clinomic! 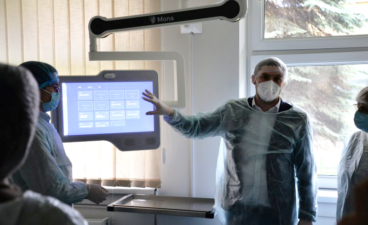 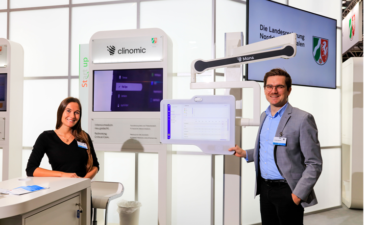